Friends,
Don't quite know how this happened, but I'm now scheduled for two other panel appearances at DragonCon on appropriate subjects. One is on Friday at Ipm, talking about the experience of being a writer/artist in comics creation rather than someone who's referred to as doing' chores '.
The second is at 4pm on the same day, and is about movies and comics, and how movies affect the way comics are made and suchlike.
Yeah, you'll get sick of me - but I just won't care.

Friends,
I'm pleased to say I'm going to be at DragonCon in Atlanta again this year, from the 31st of this month to September 2nd. You'll find me in Artists Alley all the time, except for taking part in a panel on British comics on Saturday from 2.30-3.30, an interview on Sunday from 1-2 and a signing at Dark Horse's stand at 3-4. Please come along and say hi if you'll be at the show or you're in the area.
By the way, I'll be bringing along with me all the pages of art you can see on sale on this site. So if you've considered buying one, do it there and save me the postage...

Phil Gascoine, one of the nicest guys I've ever met, and a great strip artist, who worked on any book that came his way with the utmost professionalism and craftsmanship, passed away a few days ago.
I'd known him from the very first time I became a member of the the Society of Strip Illustration - the British association of strip artists and writers. He was one of a bunch of old-school comics guys who formed the backbone of the industry I had just entered at that time. He was of a generation of strip artists who weren't graduate fans - as most of my generation were - but of illustrators who drew strips because they could make a living at it and had a flair for it.
During that period of the 80's when strips were attracting a whole new bunch of people into the industry and on it's fringes, Phil was supportive of the changes that were happening and didn't adopt the attitude of some veterans of the time who thought that standards in the industry were going to be lowered through these changes.
He had no detectable ego, and was one of the friendliest people I've ever met. He lived near where I grew up, and every time I met him over the years, it was like a having a bit of my home town pay me a visit to say hi.
He'll be sorely missed by his family and friends, and everyone who had the privilege of knowing him.
Go to http://www.downthetubes.net/features/interviews/phil_gascoine.html for more. 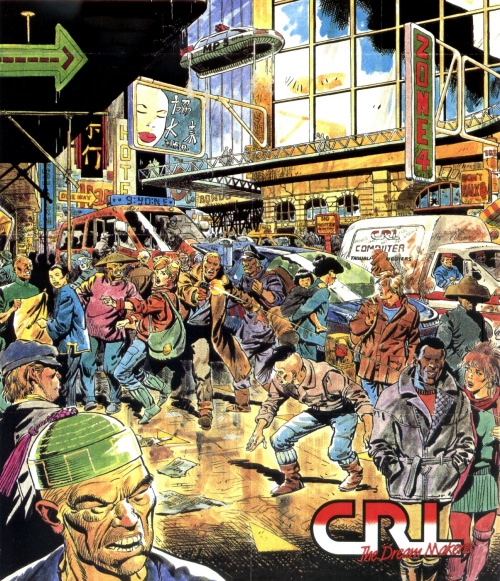