The Mindscape Of Alan Moore - Dez Vylenz great documentary film on Alan Moore - is now on dvd and available, hopefully, at your local dvd store. If not go to Dez' s blog for more info - http://www.shadowsnake.com/web/blog/index.php.

And talking about Alan, I thought I'd take this opportunity of letting you know about one of the more obscure but extraordinary works he helped with in 1991, if you didn't know about it already. The Worm : The Longest Comic Strip In The World was an attempt at creating a record-breaking ' longest comic strip in the world ' to benefit the London Cartoon Centre - the only charity-financed school of comic and cartoon art in the country, which was set up in 1984 to give accessible teaching in that area of craft to those who weren't able to find it anywhere else at an affordable level. Alan wrote it's basic story and Jamie Delano, Garth Ennis, Steve Moore, Hilary Robinson, and Andrew Cartmel wrote the final scripts. And a fantastic team of cartoonists and strip artists of all kinds did two frames each over a period of 8 hours to complete a 250 frame, 250 ', continuous strip. It didn't establish a record - for reasons that were beyond our control, and which I'll tell you more about it here later when I can - but the full genesis of it is detailed in the book of the strip, which was published in '99 with the assistance of a grant from the Swedish Council For Cultural Affairs and great help from Simon Bisley, who did a terrific cover for it. It's still available from Amazon and from the Cartoon Museum in London. All profits from it's sale there go to the Museum and it's teaching programmes, so next time you hit London make a stop there and buy one.

And Here's Some Sad News

Heard this morning that Daniel Robert Epstein, a great comics and movies journalist and enthusiast, who wrote for, and conducted interviews for, his own site, Suicidegirls.com, and for UGO.com, has died suddenly at the age of 31.
Dan was a terrific guy, who interviewed me a couple of times in the course of his business. And I spent a great couple of hours with him last September, for just a drink and a chat about my biz and the movie biz and all kinds of stuff, sitting at a cool bar in New York as the afternoon turned into evening. I'll raise a glass to him tonight.

And Here Is The News

From the 6th to 11th June, I'll be taking a break from my drawing board again, to first visit Vienna on Thursday, where I'll be signing at Comic-Galerie Wien from 18.00-20.00. Then I'll be moving on to the Munich Comic Festival - www.comicfestival.de - from Friday to Sunday. I'll be signing there on Sat and Sun from 11.00-13.00 and 15.00-16.30 on both days. And chatting on Saturday at 18.00-19.00.
The Vendetta Art exhibition gets another showing here, also, so, if you're in Munich or close, and want to see some original art from one of the finest graphic novels around, take this opportunity to check it out. Or, alternatively, contact your local museum, art gallery or art school to get them to hire it, so you can see it at your leisure closer to home! Costs to hire it are very modest for such a great and popular collection of work. And if you move real fast, you might be able to keep it in Germany before it gets shipped back to England. Contact Cartoon County - cartooncounty.com - with enquiries. We react fast to any interest.
Kickback got some great reviews in Germany, I'm very pleased to say. Another good reason to look forward to visiting the country once more.
Bis bald! 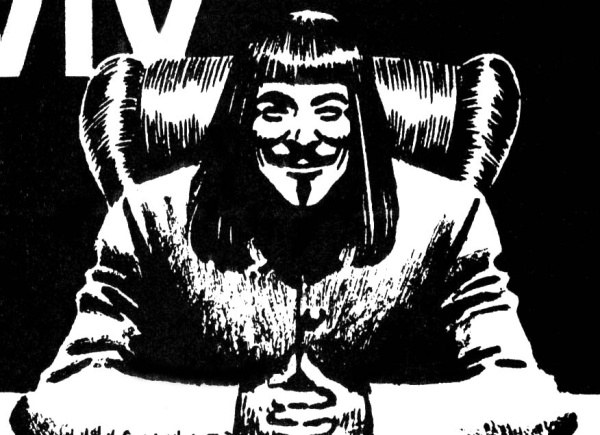