In Sunshine Or In Shadow

Ireland is largely unknown country to me, I'm sorry to say. After one trip to a very enjoyable event 4 years ago, I haven't found the time or the opportunity to be able to return and see much more of it than I saw during that visit - which was mainly the inside of a small but very pleasant hotel.
Luckily for me, I'm happy to say I'll be back to the Emerald Isle next week. For two talks/signings hosted by SubCity- one in Dublin, and the other in Galway - and then two other signings in Dublin and Cork. It was in my earlier plans to make a much longer tour of it, but circumstances did not prove favourable to that ambition.

A last word about that elephant I showed you earlier.
It's one of The Machines of Ile de Nantes in Nantes, France. It weighs 40 tons and can carry 30 passengers inside and out. It's amazing to look at, and is only one of a series of giant mechanical creatures that are part of an extraordinary attraction in the city of Jules Verne's birth. They have a museum dedicated to him there, also. If you're an admirer of Jules Verne's work or The League Of Extrardinary Gentlemen, both those places should be on your list to go to. And Nantes is a pretty nice place all round. 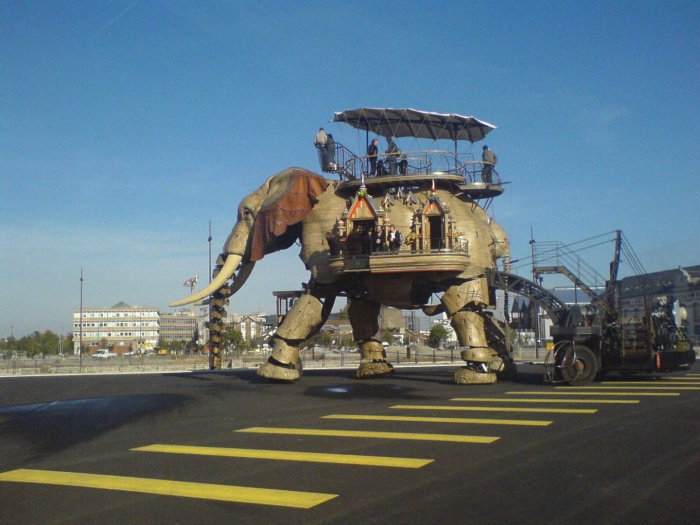 Be Careful Out There

Friends,
This is the first time I've had the opportunity to make an entry in this log on the 5th November - Guy Fawkes Night - Bonfire Night. The day of the traditional festival in which we celebrate the saving of the monarchy from radical revolutionary elements by the letting off of fireworks and the burning in effigy of one of the great freedom fighters of history.
Guy Fawkes - the poor patsy in question - also happens to be the inspiration for one of the great freedom fighters in comic strip history, of course. I did a watercolour sketch of him once for a charity auction, his likeness taken from a famous depiction of him and his fellow Gunpowder Plotters. No-one bought it. What villainy! What outrageous disrespect!
Anyway, here he is below, if you've never seen him before. And for an extremely unusual and fascinating depiction of our friend, V, follow this link http://www.boingboing.net/2007/10/20/origami-guy-fawkesv.html. I thank Joe Gordon for pointing this one out to me.
If you're in England, and having your own private bonfire party in your own garden, like everyone used to before the Health and Safety folks well-meaningly started to take over our lives, be careful where you aim those rockets... 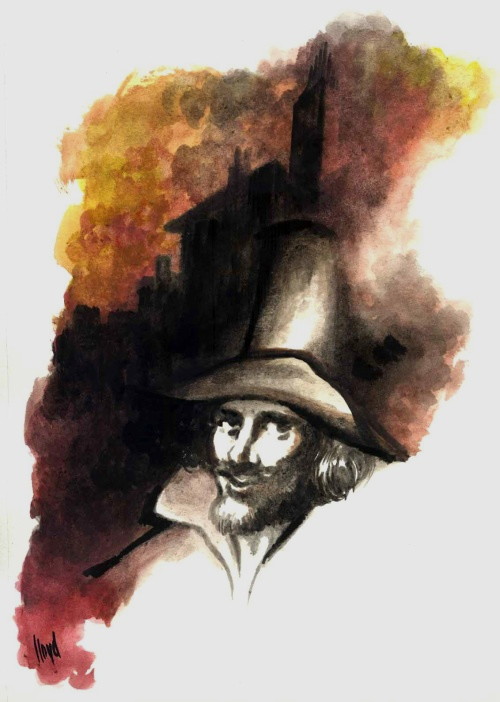 Another great cartoonist of my acquaintance passed away earlier this month. Not a comic strip artist like Phil Gascoine - though he worked commonly in the three-frame newspaper strip format - but a gag man, Manny Curtis. He drew reams of single gags as well as creating many series of three-framers.
He was the kind of cartoonist who first got me interested in the whole field of cartooning when I was a kid poring over the dozens of single gag cartoons that used to fill tabloid newspapers then, which were all about files in cakes, cheese straws, and vengeful wives with rolling pins. It was the simple yet powerful line of such drawings that got me started in this job that I ended up doing. And Manny was a master of that style of work. He was also a staunch defender of his profession and it's standard of craftsmanship, and a pugilist in debate. He also fought in Burma during the 2nd World War, from when he was called up at the age of 18 until the show ended in 1945.
He had a long life and his legacy was laughter. We should all be so lucky. 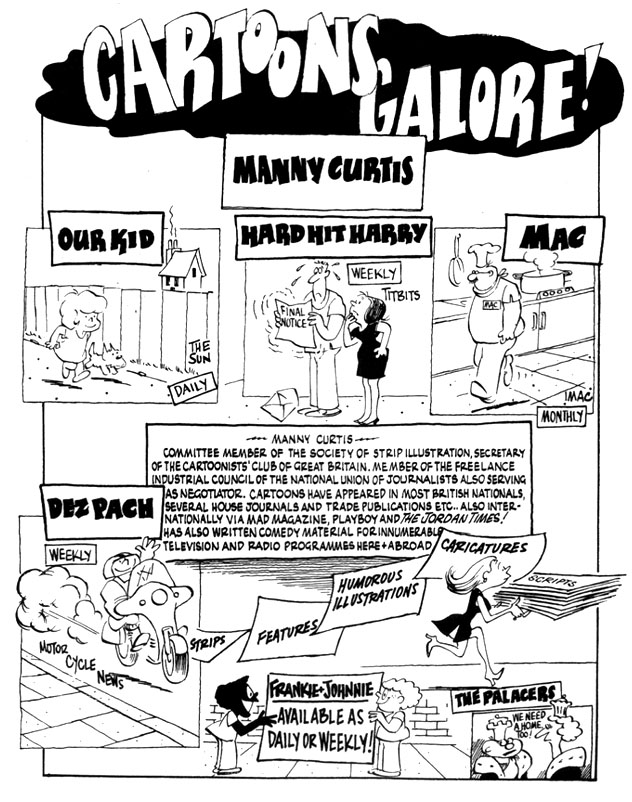