As part and parcel of my apearance in Barcelona on the 23rd April ( see previous entry ) Cosmic will be offering for sale 20 pieces of my original art on their website - www.planetacomic.net. There are 13 pages from Territory, 3 from Hellblazer, I from the Dr Who stories, 1 from the Charlie Chaplin story, 1 from Nightingale, 1 from Global Frequency. They are all b/w original art.
They should all be available to view on the Cosmic site tomorrow, if you want to check them out.

Here's news of another chance to see the V exhibition in Spain. This time in Andorra - where the team came from that gave our England squad such a hard time of it recently. So, not only do they have good taste, but they play good football as well. The exhibition is part of the Andorra comics festival on the weekend of 28th-29th April. Details at lamassanacomic.ad. I'll be there, too, so come and say hi if you make it.
If you're in Spain and you've had your fix of comics festivals via the Barcelona Con the weekend before, you can still see me, if you've a mind to, at Cosmic Comics, C/ Castillejos, 272 - 08025, Barcelona, on the afternoon of the 23rd. Full details will be up soon at www.planetacomic.net.

Below is one of the illustrations you'll see at the Andorra V exhibition if you haven't managed to get to the other showings of the exhibition. It's of one of the bridging pages from the original run of the DC comics series in the US. These pages were done to link the chapters in the comics as an alternative to having advertising pages in the issues, which neither Alan nor myself wanted. We considered them then and now as the bane of good comics storytelling, and insisted on not having any. Instead, I bridged the necessary page spaces - necessary because comics production at the time meant a certain number of pages had to make up an issue - with single illustrations which extended a previous chapter or a following chapter, whilst maintaining the tone of the closing or opening scenes of those chapters. Regrettably, these bridging pages are never routinely reprinted in the re-publishing of V across the globe, and haven't formed part of any of the US collections of the series. The Editora Globo edition in Spain did feature them, so you may have seen them before in that edition - if you happen to be in Spain. If not, you can see some of them in their original form in Andorra, shortly.
That's it for now. Happy Easter! 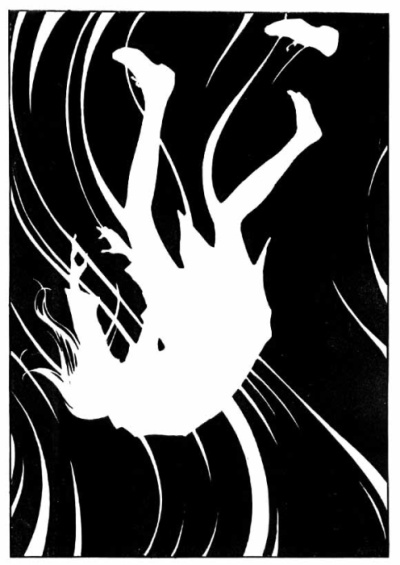