The Latest From Aces Weekly

We got the balls and we're ready for action! Week 7 of Aces Weekly 58 now on, and now complete - its 7 parts from 7 weeks of tasty chunks, now in a nice, fat, choccy bar you can strip and chomp on via our fab Week2Week facility! From the fabulous plus-size Red Sonja that is Taiga : Warrior of the Underworld, by Antonio Vilchez del Ojo ; to the book-starved world of weirdness created by Roberto Goiriz in Labyrinth. From a planet that won't let its stranded astronauts go, in Space Junk by Carlos Pascoa, to the fantasy football of Gary Whitlock's Mutant United ; and from the gritty reality of Black, by Tobias Taitt and Anthony Smith, to the gangster world of Man and a Van, by Jok and Santullo ; it does not get better if you're looking for wide-ranging, free-thinking stories in strips from some of the finest talent on the globe, and it's still JUST £1 per week, in any currency, for up to 150 pages, including Extras, delivered directly to your screens. We're at www.acesweekly.co.uk if you're tempted. I mean... how could you not be? 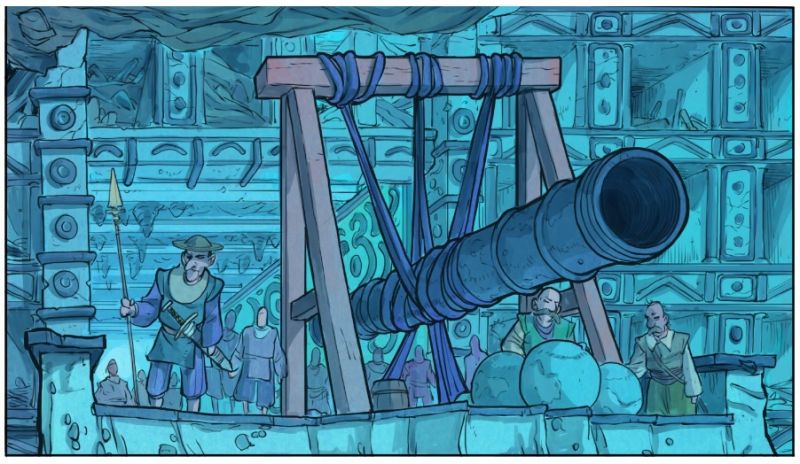